Novice Analyn Pantojan made her first religious profession in the presence of Sr. Noemi Vinoya, FSP, Provincial Superior during the Eucharistic celebration presided by Fr. Jose Aripio, Provincial Superior of the Society of St. Paul with five concelebrating priests on June 29, feast of Sts. Peter & Paul.

In his homily, Fr. Aripio underscored that a Religious should always be joyful in her life of consecration. He shared his experience when he made his first profession and how his novice Master always told him to be happy. Fr. Aripio also said that the secrets in living well our consecrated life are joy, contentment, prayer and fidelity in the observance of evangelical counsels. He ended his homily recalling the story of an elderly nun he met once who told him of her disappointment and deep hurt when her desire was not granted by her superior because of her age. But she reasoned out that it is all part of her religious life, and for her it is better to have a “broken heart” than to have a “broken vow.”

Simple lunch was served after the Eucharistic celebration. 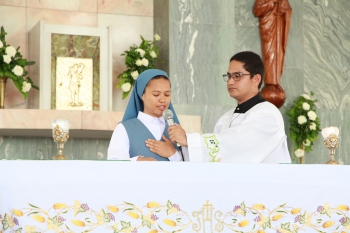 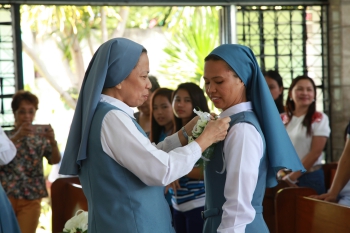 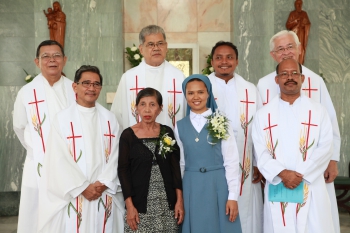 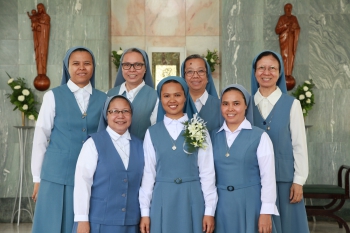